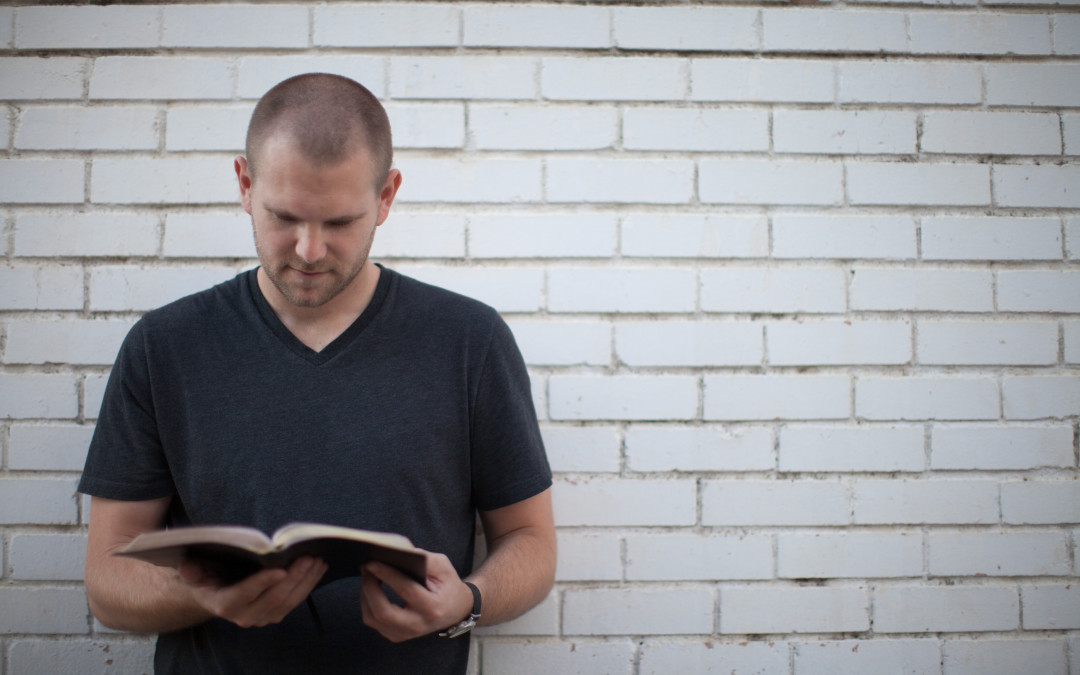 “Her husband is known in the gates when he sits among the elders of the land.”

I used to think this verse was weird.

Or at least weirdly located.  Smack dab in the middle of twenty-two verses about the super wife, appears this singular verse about her husband.  That didn’t make sense to me, especially when more comprehensive lists of what a godly man should be appear in other parts of scripture.  It didn’t make sense until I realized that much of what we could know about a person, we can learn by looking at the people closest to them in life.  For example, I can tell whether a man is gentle or overbearing by how vibrant or withdrawn his wife is.  Or, though sometimes we shudder at the thought, moms know that folks can tell a lot about us by the kids that walk out of our doors.

In the same way, I believe this snapshot of our noble woman’s husband is included for us, not to tell us about him but to tell us more about her and how we can be like her. So what can we learn from the fact that “her husband is known in the gates when he sits among the elders of the land”?  Since this phrase describes a man whose character has resulted in a notable degree of respect and influence in his realm, on the most basic level we can discern that our noble woman has landed herself a noble man.  And from that observation, we can make three possible deductions about her character.  Two qualities that are of particular importance before marriage and one, essential for after.  So whether you are married or single, this post is for you.

For starters then, if you are a single Christian woman who desires to be married and doesn’t currently sense God’s plan for your life to include singleness, consider these first two points.

To marry a noble, Christian man, a woman must first be:  Attractive.

To qualify that statement:  The type of attractiveness is not physical and the aim of that attractiveness must be discriminating.  As in, we are specifically aiming to attract godly, noble men.

It’s about being the right kind of flower to attract the right kind of bee.  Sometimes a Christian woman doesn’t land a noble husband because she has simply not invested time and effort to become what noble, God-fearing men are looking for.  There is such a tendency even among single women in the Church, to spend so much time promoting themselves that they carve out little to no time preparing themselves.  Too much about the hair & make-up, physical-beauty-emphasizing selfies, and flitting between every possible social gathering so as never to miss a co-ed opportunity.  Combine that with too little wisdom, solitude or service and the sad result is a focus on the wrong type of beauty and a grave character deficiency – neither of which catch the attention of a guy you’d truly want to live out the rest of your life with.  (If you’ve got young, tween or teen daughters, you might want to purchase this illustrated story book to help them avoid this tendency.)

A Focus on the Family broadcast I was listening to last week contained an account from Mary Kassian about a conversation she had with her son following his encounter in the mall with a brash, provocative young woman.  When she asked her son how he feels when women are forward and seductive like that, he responded by saying, “It arouses the male in me, but it does not attract the man in me.”  Brilliant.

My young, single friends, don’t conform to the world by trying to arouse any and every indiscriminate male that litters our relational landscape.  Remember – You get what you market to.  So if you desire instead to marry wisely and marry well, invest yourself in becoming the kind of woman who would attract the true men among us.

To marry a noble, Christian man, a woman must also be:  Discerning.

In biblical times, a spousal choice would have been made predominantly by parents and assumedly with discernment and care for her future well-being.  In our day, women voluntarily bear the weight of that choice almost entirely and don’t always factor in parental wisdom or discernment as key considerations.  If you’re going solo on this choice, that’s a boatload of responsibility to carry.  You know that, right?  Your future and the future of your children hinge upon your development and employment of discernment.

However, because emotion, not discernment, has greatest clout in the average marital decision, I’ve witnessed many a Christian woman fail to secure a noble husband.  In succumbing to society’s whispers that tell her she needs a spouse to be complete and valued, she throws discernment out the window and settles for a man who sets off more warning bells than a fire station.

I say that, not with judgement, but with a fire in my belly to help younger friends escape the same fate.  Why?  Because my heart aches regularly for some noble-spirited friends who silenced those warning bells and married men who, in short time, proved themselves cruel and dishonorable.  I hesitate to say that because the last thing I want to do is open any wounds that are already painful enough.  But perhaps because we don’t call it out like we should, it just keeps happening.

Please hear me, single friends:  If, in the obsession for married status, you marry a man who doesn’t habitually yield to Christ’s rule in his life, you are gambling with your heart and placing your life and the lives of any children who may come later, at the mercy of his sketchy, future character.  If you are to secure for yourself a noble husband, you must have the discernment to identify noble men, and act on that same discernment to run far, far away from those men who fall short.  I have friends whose discernment has landed them great husbands.  And I have single friends whose discernment has spared them from lousy ones.  Whatever the case, discernment has proven to be a priceless and protective virtue.

And lastly, for my married friends:

A final reason why the super wife may have a noble husband is that, by virtue of her character, she has helped him become what he is.  In a word, she is:  Supportive.   Because of her excellence in so many areas of life, home and family, and because of her desire to do him good and not harm all the days of his life, a noble woman can help exalt her husband to the place of honor and respect we see depicted in our verse.

Our situations are all a little different.  Maybe our guy was noble when we found him.  Maybe we helped him become that way.  Maybe it’s a mix of both.  And maybe it’s neither.  But since us old married girls can’t turn back time on the selection process, we shouldn’t waste any time complaining if our husband isn’t as noble as we want him to be.  Instead, the question we should be asking ourselves is whether or not our husband’s character, reputation, vocational status and influence are enhanced because of our input and presence in his life.  No matter who he is, if a man has to exert energy to survive his marriage and endure his wife, he has far less to pour into other endeavours which considerably hinders his potential for greatness.  But if, through our care for him, our encouragement, our prayers, our kindness, our mood, our wise insights, our conversations and our camaraderie, we support him, he can flourish in his realm – whatever that is.

So, if you want a husband, I can tell you that it’s a grand treasure in this life to attract or discover one of the good guys.  It is worth every bit of effort you must expend to be the right kind of woman to attract the right kind of guy.  And even though it never seems like it at the time, it’s worth every sacrifice of expedient romance and every painful exercise of discernment to narrow the field.

And if you’ve got a hubby, remember that it is a delightful challenge and privilege to think that we can be a crown to our guy that causes him to stand out in a crowd.

Or among the old guys sitting around the city gate.