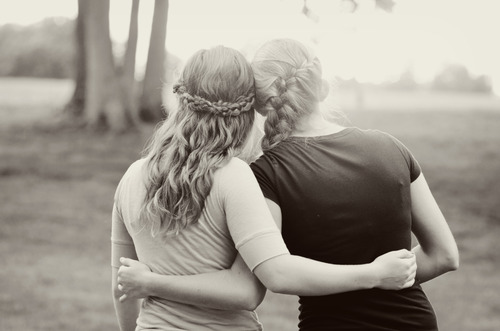 “And Jonathan stripped himself of the robe that was on him and gave it to David, and his armor, and even his sword and his bow and his belt.”

Talk about being one-upped.

Jonathon defeats 20 Philistines privately in a remote field – the event witnessed only by his armour bearer.  David, in the epic, underdog battle of the millennium publically slays a hulking, veteran warrior before the watching eyes of two armies.  If the Israelite army was giving out awards at the yearend banquet, we could say that Jonathan’s name had just been engraved on the MVP trophy but before it’s put back in the case, it’s sent out for new engraving.

With many of us having some experience with envy and insecurity, we wouldn’t have blamed Jonathan if he launched his own covert campaign to remain in the limelight – to make sure it was his face featured again on the magazine covers.

There they stand.  The dust of battle settling.  The Crown Prince of Israel and the Shepherd Boy.  Jonathan had ample human reason to fortify his elevated status and keep the young hot shot in his place.  But that’s not what he does.  Over the last two weeks of study, we’ve already seen that Jonathan moved with Intentionality toward David and Committed himself in friendship.   But it gets even better.

“And Jonathan stripped himself of the robe that was on him and gave it to David, and his armor, and even his sword and his bow and his belt.”

Jonathan is evidently moved by the discrepancy of the picture before him:  This valiant character, disguised beneath the attire of his blue-collar job.  Jonathan could have sent him to the armory tent for some standard issue.  But instead, so great was his concern for David’s rightful honour that Jonathan personally ensured it with no regard for his own image.  He strips himself of the clothing and equipment that signify his elevated status to clothe his friend in the uniform of a prince and warrior.

Instead of being indifferent to his elevated status.  Or secretly enjoying how far above David he was positionally.  Or keeping a respectable distance so that David wouldn’t forget who he was, Jonathan does what he can to elevate his friend.

From this gesture we learn that an extraordinary friend does NOT COMPETE.

I fear that some of us get more satisfaction from making others envy or revere us, than we do by building them up and bridging any perceived chasm that might exists in their mind.  Though we wouldn’t actually voice it, we value the stroking of our own ego over the good of those we call friends.

I can say that, because I’ve been guilty.

I am sad to say that in my pride and selfishness; at times it felt good to me that people thought I had it all together.  It secretly delighted me that women thought I was on a higher plane than they were.  Oh, I certainly wasn’t.  I knew that, and anyone who knows me well would have known that.  But I let some women entertain that faulty notion without correcting them.

The truth we have to face is that we can never love a friend and be in competition with her.  Living a lifestyle where my elevation comes before your good is incompatible with loving because it requires that I keep you lower than me. Now I’m not saying that this requires we shrink back from excellence in life or that we never engage in friendly competition.  (Like who can still cross the monkey bars or who can jump on the trampoline the longest without requiring a wardrobe change.)  But some of us are guilty of taking that too far, and in a quest for personal preeminence, we simply must be the best at everything, all the time.

Not only is that tiring.  It’s simply not good for our friends.

Have you ever had an area of your house look so chaotic that a friend’s high opinion of your domestic capabilities would shatter into a million pieces if they saw it?  Well, a number of years back when I was awakening to my competitive tendencies, I had a friend over for coffee at a time when my upstairs looked like that.  (Just for the record, it’s not the only time a part of my house has looked that way…)  When she walked in the door, young Taylor invited her to come up and see her room.  I was about to concede when I remembered what the upstairs looked like and I just about shouted, “Wait!  Don’t go upstairs!”  Then I thought for a moment, looking at this woman who was one of those unfortunate souls who held me in an elevated place I did not deserve.  I took a deep breath and then said,

While I paced the floor, sweating, they had a quick tour where my friend saw Taylor’s room … and much more than Taylor’s room.  When she came down, she had an amused look on her face.  I said, “Do you feel better?”  She said.  “Yes.”

Philippians 2:3-4 says “Let nothing be done through selfish ambition or conceit, but in lowliness of mind let each esteem others better than himself.  Let each of you look out, not only for his own interests, but also for the interest of others.”

In our friendships, whose good and interests do we esteem more highly – hers or ours?  Not sure?  Well here’s a little quiz to help us to see if we’re exhibiting competitive tendencies in our friendships:

So friend, what’s the verdict?  Comrade or Competitor?  As you may have experienced, the common friendship is easily sabotaged by selfish cravings for individual supremacy.  But if we desire our friendships to move beyond the realm of common, let’s ask for God’s strength to be an extraordinary friend that does not compete but instead esteems and elevates those we say we love.