Speech Matters – When My Words are Careless 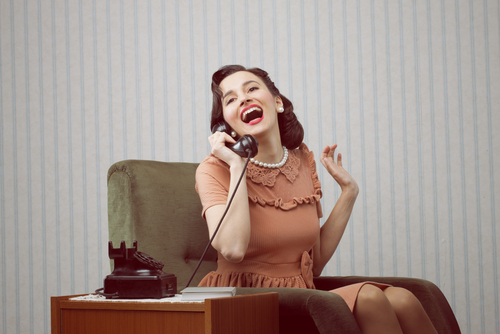 “A fool takes no pleasure in understanding, but only in expressing his own opinion.”

Many years ago when I was a young bride, my younger sister called me up and told me about some difficulty she was experiencing in a work relationship.  I listened, sympathized and then quickly proceeded to give her my two cents.  Later, when talking to my dad, I told him about our conversation and the advice I had given her.

He was quiet for a moment and then said, “You know, you might want to be careful.  I don’t think you gave her very good advice.”

I didn’t like them, but I mulled his words over for quite a while.  I had never given much thought to the quality of the counsel I gave people, much less the implications of giving it.  I just pulled from whatever shallow puddles of insight had collected in my mind over the years.  There was evidently no deep pool to draw from at this point in my life.  My dad’s words were gracious, wise and necessary and they launched what has now been a twelve year quest for true wisdom.

On this journey, I was confronted by a terrifying verse from the book of James.  It says, “Not many of you should become teachers…for you know that we who teach will be judged with greater strictness.” [3:1] It dawned on me that I don’t need a podium and room full of people listening to be considered a “teacher”.  Do I not instruct when I give counsel?  Am I not teaching when someone asks for advice and I give it?  Am I not potentially guiding when I voice my opinion?

I knew that we would stand before God at the end of our lives to account for what we did with Jesus, and how we spent the salvation he paid for.  But I hadn’t considered that I’d also be accountable for the wrong and unwise things other people had done as a result of my counsel.  This reality is mentioned as well in the gospels where Jesus says “Therefore whoever relaxes one of the least of these commandments and teaches others to do the same will be called least in the kingdom of heaven…”  [Matthew 5:19]  That had never crossed my mind before.

I was wonderfully terrified.

All of a sudden, I went from smug and honored that someone would ask me for advice, to tentative, cautious, studious and prayerful.  Someone might just act on my advice and I didn’t want to be on the hook for bad goods.

Our introductory verse today says “A fool takes no pleasure in understanding, but only in expressing his own opinion.”  That was me.  I fully enjoyed voicing my opinion (loved it actually) but had minimal interest in investing the necessary time to gain the wisdom needed to make those opinions worthwhile.

I really didn’t want to be a fool, so I took the first step to recovery and sought biblical understanding.  After all, we can’t give what we don’t have.

Like many things in the Christian life, wisdom acquisition is a divine/human cooperative effort.   God’s part is to grant it because He is the giver of all wisdom (Prov. 2:6).  And a marvelous perk is that He is happy to do so generously and without making us feel silly for asking (James 1:5).  So that’s what I did.   I began to pray regularly that God would make me wise.

Now the cooperative part:  The interesting thing about God giving wisdom is that He chooses to grant it in proportion to our efforts.  Proverbs 2:1-5 is loaded with “If/Then” statements showing how God cracks open the treasure chest of wisdom when we take this on as a whole-hearted pursuit.  We’ll explore that in greater detail in the fall, but for now, it is sufficient to say that we aren’t to dabble in the hunt for wisdom – we are to dive.

So if step one was gaining wisdom, step two is figuring out how to dispense it.  I wanted to guard against giving biblically uneducated opinions so I came up with this little order:

If I’m asked for advice or I plan to weigh in on something (even a casual opinion in conversation), I consider whether there is a biblical Precedent, Principle or if it’s just matter for Preference.  And I look for wisdom in that order to inform my speech.  I’ll show you what I mean by going through a bit of a case study.  Just for fun, let’s look at our Precedent, Principle and Preference rule as it pertains to questions surrounding the subject of marriage.

Scenario #1:  A friend comes to you and asks whether she should marry Jerry, who consequently, does not share her faith in Jesus Christ.

Easy peasy lemon squeezy.  The answer is “No”.  And that’s an easy answer to come by because, in this case, there is a clear biblical precedent set.

So, the first thing we need to consider when we are asked to give advice on a matter is whether there is a biblical Precedent to follow:  Actual, God-breathed scripture containing examples or instruction on the subject.

If the matter is not addressed by a biblical precedent, we move down to our next option which would be to see if there are biblical Principles that would come to bear on the matter.

Scenario #2:  Your friend comes back to you a year later and asks if she should marry Joe who does share her faith in Jesus Christ.

Unfortunately for us, the bible does not give a name and address for the person we should marry, if we indeed should marry at all.  But the bible is far from silent on the things we ought to consider when making that decision.  So in this case, we would direct her to the biblical Principles that come to bear on this decision:

So even in matters where there are no direct commands or precedents, we would be hard pressed to find any situation where there aren’t a number of biblical principles we can consider in order to ensure we make a wise decision or give wise counsel.

Scenario #3:  Your friend didn’t marry Jerry.  She’s marrying Joe.  But now she has a question about the wedding cake.  “Should the frosting be vanilla or buttercream?”

Good news.  You don’t need to search the Bible.  You don’t need to call the church prayer chain to ask for wisdom.  Unless you know that Great Aunt Bertha gets bowel trouble from vanilla, this is simply a matter of personal preference.  You can enjoy the privilege of expressing yours.

So from now on, before we give our two cents (which is an appropriate euphemism because that’s usually all it’s worth), remember that any fool can express an opinion.  But it is an understanding woman who can dispense wisdom.

Friend, what is the value of the counsel you give?

“There is gold and abundance of costly stones, but the lips of knowledge are a precious jewel.”

Thank you to all of you new subscribers and to those of you who passed along these posts in hopes of encouraging some friends in their speech journey.

As drawn by the most honest person I know (my daughter Avery), the winner of the sign is:

Thank you and congratulations!