Glorious Heroes – A Message for my Single Friends 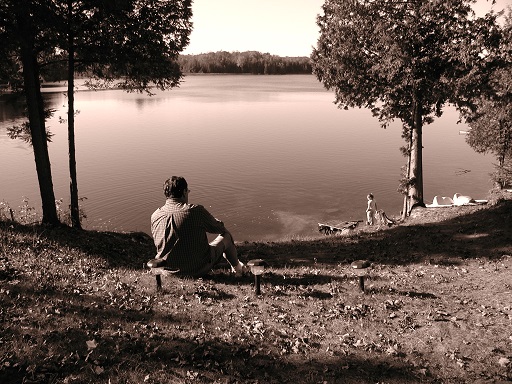 “Grandchildren are the crown of the aged, and the glory of children is their fathers.”

It was a Thursday night.  I was flying out the next morning to address some ladies near Ottawa and my girls were digging deep into their imaginations and dress-up bins to determine which super hero they would be for “Super Hero Day” at school the next morning.  I believe Super Chef and Power Pig were among the final choices.

As I was sitting on her bed discussing costumes, one of my girls in a moment of honest concern wondered, “Mom, what happens if I start my period while you’re gone?”  Seeing as this pending event was likely far off in the future, I hadn’t yet resourced her as I ended up doing shortly thereafter, so it was a fair question.

Knowing what kind of man I married and feeling “on-theme”, I hugged her and said, “Oh honey, Dad would be your super-hero!  He’d go to the store and get what you need.  He’d be…..

Quite content over the prospect of her own feminine-product-supplying super hero, that was good enough for her and we continued on our respective preparations for the next day.

As I reflected later on the plane, I thought that all good super heroes need a slogan.  So in addition to the other hero nicknames he has rightfully earned, Glen is also: 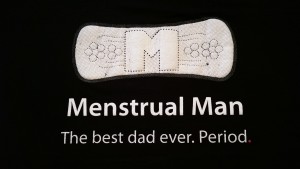 Oh yes we did.

Been there.  Done that.  Commissioned the T-shirt.

Our verse for today is Proverbs 17:6  “Grandchildren are the crown of the aged, and the glory of children is their fathers.”  This proverb struck me a few years back and I share it today in hopes of protecting my single friends from marrying a villain in disguise.

Keeping in mind that Proverbs are general truisms with myriads of exceptions that, to list, would destroy a proverb’s purpose, succinctness and impact:

All things operating within God’s design, grandchildren should be dignifying blessings to grandfathers.  And fathers should be distinguishing figures of honour to their children.  It is completely natural as you’ve probably noticed.  We don’t have to teach kids to do it.

“My dad can do anything.”

“My dad’s bigger than your dad.”

“My dad can beat up your dad.”

That was certainly true of me. 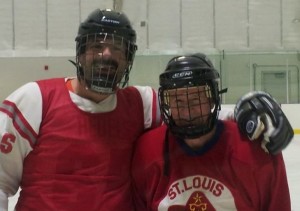 I had such a high view of my father (and rightly so) that when we were first married and my hubby Glen (the big guy on the left) was going to arm wrestle my dad Eric (the not so big guy on the right), I was preparing to console my husband when he lost, and then stood stunned when he didn’t.  True story.  (I never did take Physics.)

As God our father is glorious to us, it is natural that earthly fathers, to the extent that they mirror God’s character, would be the glory of their children.

My single Christian friend: in addition to the other criteria you should be considering, are you evaluating a potential spouse for what kind of man he will be in the long haul?  How closely he will mirror the image of Christ and earn the honour and regard of your children?

I repeatedly see women selecting a man for his social impressiveness, his physical appeal, his commanding presence, his ability to gratify her desire for a comfortable lifestyle and his effectiveness at pandering to her need to be desired.  But boy-oh-boy do those qualities have a short shelf-life.  They quickly expire leaving countless women either saddled with, or abandoned by a man who ultimately ends up being the shame of her children.

Two decades into marriage and four decades into life, I can tell you with great authority that glorious men look differently than you’ll ever expect when you’re in your teens or 20’s.  That’s why so many women miss them.  They won’t be identified by what our world celebrates as valuable, so listen up and I’ll tell you what they look like:

They look like Scott who regularly forfeits sleep to devour wisdom and insight so he can give a pastor a break by filling the pulpit and to ensure younger generations are confident in the life-giving truths of the Bible.

They look like Mark whose kind manner blesses any who have the privilege of working with him.  Who devotes his vocation to equipping youth and his life to humbly serving the needs of his family.

They look like Blair who chairs an elder’s board, teaches special needs youth and after coaching a kiddie soccer team, laden-down with a piled-high stroller, makes the arduous trek across large fields to his used mini-van with kiddies, like ducklings, in a row behind him.

They look like Jason who will change countries, take a pay cut, trade a lovely, country home for a small, suburban house and study tirelessly to ensure that he leads and shepherds his congregation in a manner that pleases God, shows them enduring love and keeps them spiritually safe.

They look like Bill who will drive any distance day or night to help his family in any way necessary.  Who gives the priceless gift of his attention by sitting quietly to play a game, guarding swimming grandkids, or making his lap available for little ones to snuggle or fall asleep on.  Who so sweetly loves a daughter-in-law that she feels like one of his own.

They look like Eric who would interrupt important meetings with international partners to greet his college-aged daughters who had popped into his office to say “hello”.  Who would get to every game, track meet or concert he possibly could and be the biggest fan there.  Who modelled authentic faith, compelling character and a committed marriage that drew his children to follow his God.  Who adored, encouraged and dated his daughters and has never stopped doing that, even now that they are all grown-up.

And they look like Glen who sacrifices daily to make his family’s life sweet.  Who makes a habit of deferring to his wife simply because he loves to make her happy.  Who sings off-key songs of faith to a gaggle of girls piled on him at bedtime.  Whose favorite place in the world to be is home.  Who pumps up tires, checks technology, fills gas tanks and frees up study nights so that his wife can grow and fulfill her calling.  Who engages and plays long with his children without distraction or disinterest.  Who listens carefully, forgives graciously and apologizes readily.  Who has never once, in over 20 years, been unkind to his wife.  Whose steady love takes all the fear out of growing older.  Who is not too cool to hold his wife’s purse, wear his daughter’s Cinderella tiara at her request, or be seen choosing Kotex and Always for the sake of the ladies he loves.

My single friend, those glorious heroes are out there.  You just need to look carefully to see their capes.