Flourishing in the Ordinary – Soil Sisters 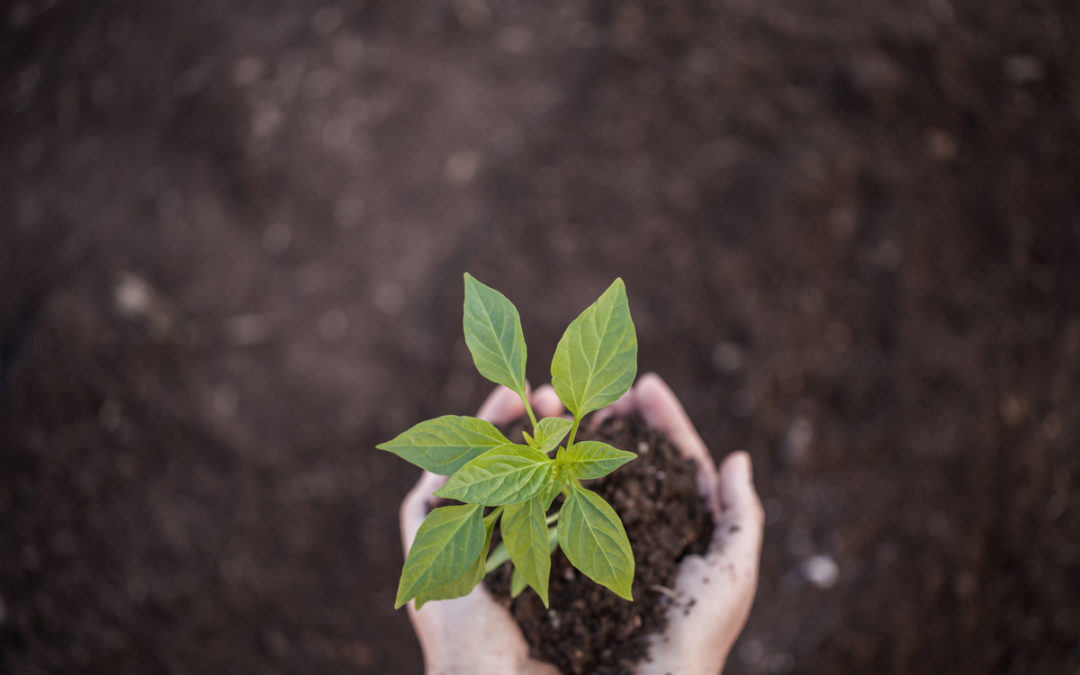 “And other seeds fell into good soil and produced grain, growing up and increasing and yielding thirtyfold and sixtyfold and a hundredfold.”

Right up there with out-of-tune pianos and flannelgraphs, the parable of the sower was a familiar part of my church upbringing.  Certainly not something I thought would radically alter my mothering.  But early one bleary-eyed morning while trying to squeeze in some Bible reading before the appearing of my cherubs (or wee-beasties, depending on whether they let me sleep the night before), something struck me in those verses.

As a professional mother, I already knew that I was the primary sower of good seed into my children’s hearts and that this call to spread gospel truth applied to them as much as the teacher down the street or the naked heathen across the sea.  But the question that stopped me that morning was this:

If the condition of the soil was a key factor in whether the seed became fruitful, what were all the other components of my mothering doing to the soil of their hearts?

As I considered this passage through maternal eyes, I pictured the precious seed of the gospel that could save, guide and bless my little ones, hitting hardened soil and bouncing off.

It is a matter of eternal importance that our precious ones receive and internalize life-giving truth.  We can’t risk the soil of their hearts being hardened by our parenting.

When I began to evaluate each look I gave, every deed I did, every word I spoke and every tone I used in light of what it was doing to the receptivity of their hearts, every seemingly unimportant part of my day was infused with incredible significance.

Because, let’s face it – motherhood isn’t just made up of Bible picture books and memory verses.  Every other thing we do in our days with our children creates the environment in which these precious seeds are sown.  Are those things going to having a softening or a hardening effect?  Tilling or Packing?  Fertilizing or Stripping?

I was thankful for this soil imagery because it inspired me to cooperate more readily with the Holy Spirit in the development of self-control in my life.   I now understood what was at stake in all the little moments that made up my early mothering days.

I began to note and prayerfully try to avoid the things that harden.  Things like:

As big and serious as that list was, it didn’t seem as daunting once I realized that the list of tilling and softening activities is way bigger and limited only by our imaginations.  Really, any little thing could make this list if done in gentleness, love and with the aim of accomplishing God’s grand purpose for parenting – the modelling of God’s grace to humanity by how we love, care for and incarnate God’s grace to our children.

Here are some of the specific things I have found to have a tilling or softening effect in my home:

These may not seem like significant things, but they are sturdy and effective tools for tilling the spiritual soil of our kids’ hearts, making them more inclined to receive the life-giving truth of God that will produce beauty and blessing in their lives.

So take heart, my younger soil sister.  In the early years with young children, you may not feel like you accomplish much that is tangible:

But if you kept the soil soft, it was a good day.