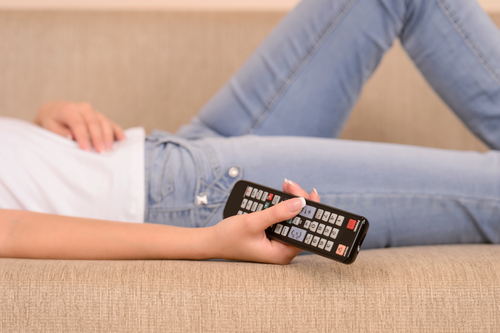 “Whoever is slack in his work is a brother to him who destroys.”

When I was a young mother trying to manage home, ministry and family, I called my wise older sister in the States and asked what the secret was to getting it all done and doing it well.  I thought, “Surely there is a trick I’m missing here.”  Laura said the most helpful thing to me.

That statement was strangely comforting to me.  Comforting in that I wasn’t missing some secret that everyone else was in on.  And comforting because I knew the value of what I was working for and hard work seemed a fair price to pay for an orderly home, a peaceful marriage, a meaningful ministry and children raised to see Christ at work in our home.

Earlier this year we talked about the daily choice we have as women when it comes to our household – we can Build it Or Break It (You might want to go back and read that one if you’ve signed on more recently.)  What we didn’t discuss was the middle ground between those two options – that of doing nothing. Not actively destroying but not actively building either.  And there was a good reason for that.

It’s because God has not given the wise woman this option.

That’s what I wanted to talk to you about today.  Proverbs 18:9 tells us that “Whoever is slack in his work is a brother to him who destroys.”  Meaning if we are lazy women, we’re closer relatives to destructive women than we may have realized.  If we breathed a sigh of relief after that earlier post, but tend toward laziness, we’re not off the hook yet.  The Bible teaches that we are kin to the destroying woman.  Birds of a feather.  Cut from the same cloth.  Laziness and active destruction look different on the surface, but laziness can be ultimately as destructive to a home – it just takes longer.

Simply put:  Laziness is destruction delivered on an installment plan.

Have you ever thought about it that way?  Take a look at your relationships, your yard, your kitchen, your level of wisdom, your eyebrows or your health: Have you encountered anything in this life that improves or grows in beauty when left to itself?  I haven’t.  In every case, the natural outcome is decline.  Neglecting or slacking in our work is not a neutral choice.  It is a missed opportunity to build something great in our homes and is an invitation for Laziness to introduce its slow decay.

But with each of these choices, we invite Destruction’s kid brother into our homes.  And when Laziness comes to stay, we permit the slow collapse of beauty, peace, order, excellence and effectiveness.

If you find this unwelcome relative has been loitering in your home too long, perhaps today is the day you show him to the door.